About SLU's College of Arts & Sciences 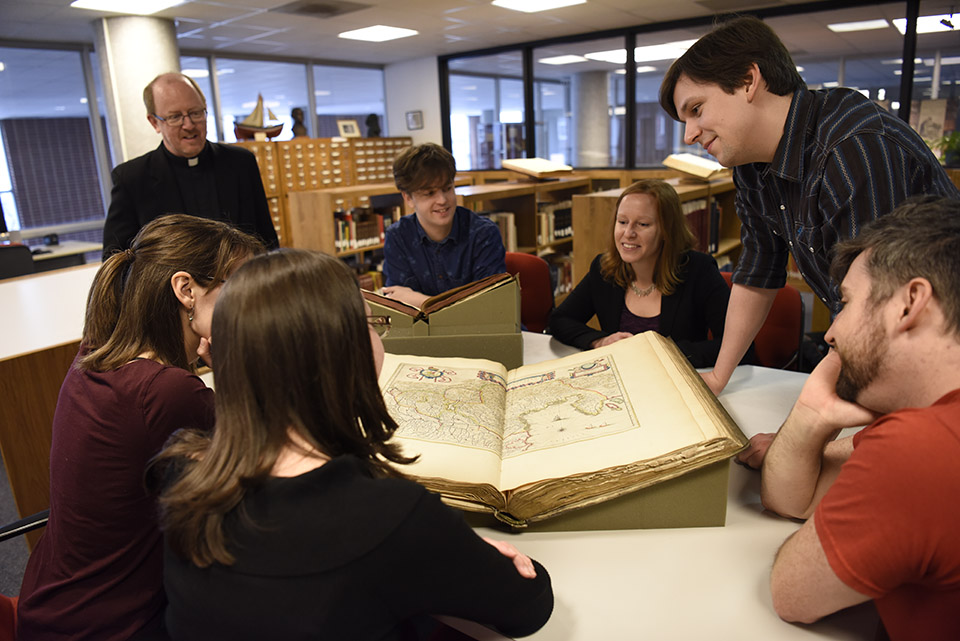 Anyone with a fascination for things medieval can choose the minor in medieval studies at Saint Louis University as a way of acquiring a broad-based liberal arts education.

By focusing on the culture of one period and approaching it from multiple viewpoints—historical, artistic, literary, philosophical, theological—students can dig deeply into the mentality of the time, immerse themselves in a variety of expressions of human experience, and study how all these manifestations of the human spirit (which are normally studied in separate departments) relate to each other and affect one another. In addition, as with any program in the humanities, the minor in medieval studies provides the opportunity to sharpen research, analysis, speaking and writing.

The Middle Ages gave us Charlemagne and the Crusades, illuminated manuscripts and Gothic cathedrals, Chaucer’s Canterbury Tales and Dante’s Inferno, Ockham’s razor and St. Thomas Aquinas, and even the university itself. This vibrant, diverse period is fascinating in its own right, but it also helped to produce the world as we know it today by laying the foundations for modern society. Its enduring appeal may be seen in countless aspects of contemporary popular culture, from Dungeons and Dragons to World of Warcraft, from the works of J.R.R. Tolkien to Game of Thrones. It is impossible to understand today’s world without the Middle Ages.

The minor in medieval studies can be a pathway to deeper exploration of the Middle Ages as a graduate student, teacher, or professor, or outside academia as a museum curator, historical consultant, or librarian. More broadly, the study of the humanities helps the student to experience and ponder what it means to be human—which can enrich any career in the “people professions,” from business to medicine to international relations.

Finally, learning how to research carefully, to analyze cogently, to argue persuasively, and to express oneself clearly and elegantly will prepare students for positions of leadership in society, as well as for occupations in law, journalism, and other vocations involving the spoken and written word.

Students must have a GPA of 2.00 in medieval studies major/minor coursework to be retained in the major/minor.

Courses with a 'Medieval (Minor) - Art History' attribute, such as:

Courses with a 'Medieval (Minor ) - History' attribute, such as:

Courses with a 'Medieval (Minor) - Literature' attribute, such as:

Courses with a 'Medieval (Minor) - Philosophy' attribute, such as:

Courses with a 'Medieval (Minor) - Theology' attribute, such as: